PORTUGAL THE MAN ARE BACK WITH NEW SINGLE “WHAT, ME WORRY?” 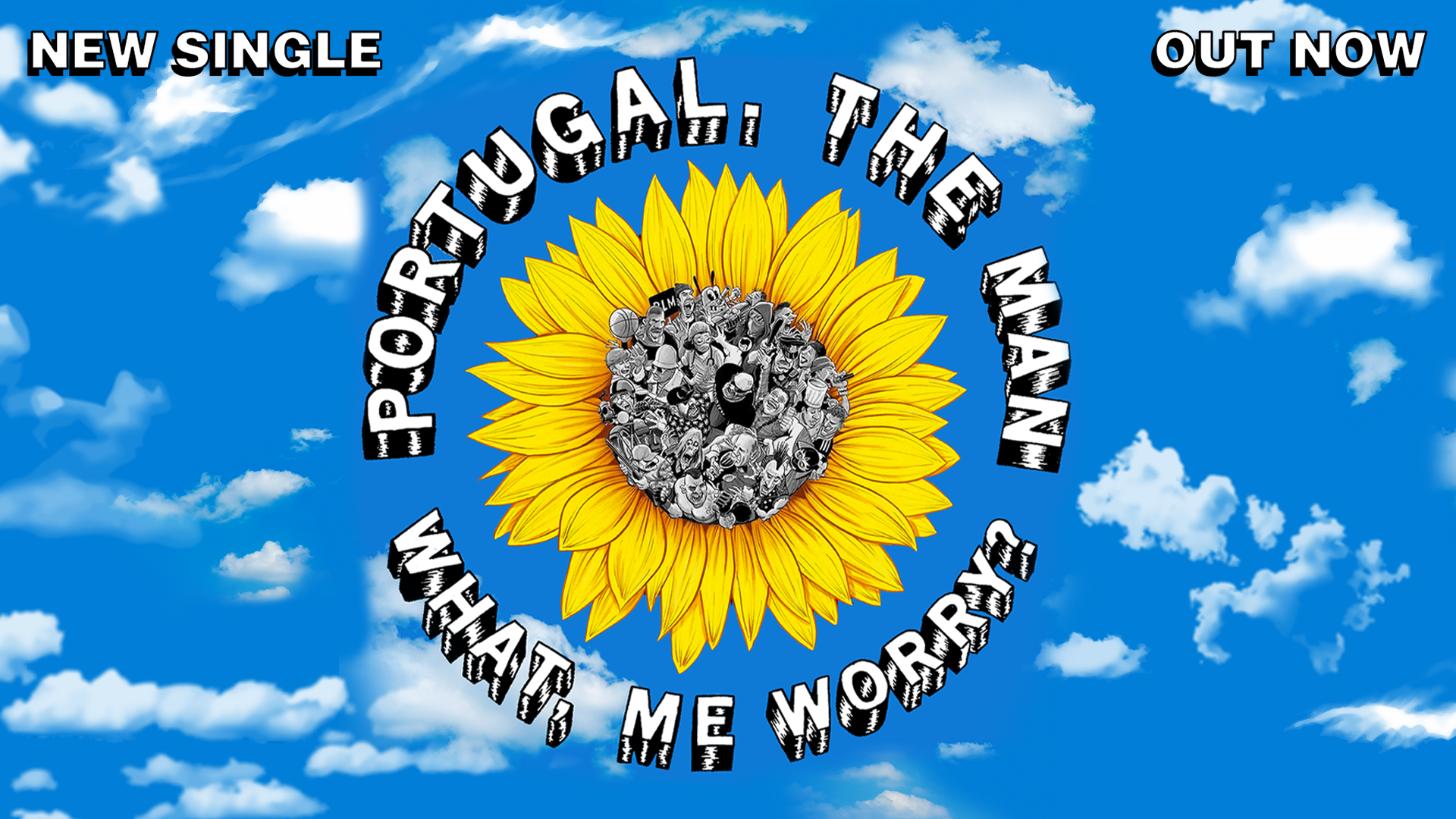 Multi-platinum, GRAMMY Award-winning rock band Portugal The Man are back with new single, “What, Me Worry?” – out everywhere today!

Produced by Jeff Bhasker (Kanye West, Harry Styles) and Ryan Tedder (Adele, Beyoncé),“What, Me Worry?” marks the first official release from the band’s long-awaited 9th studio album, produced by Bhasker and due out this June.

On the inspiration behind “What, Me Worry?”, guitarist and lead singer John Gourley shares:

"While recording this album and hanging in LA, we got into a conversation with Jeff Bhasker and Ryan Tedder about how much we missed laughter. The last few years it’s been so easy to forget the fun in what we do. We talked about childhood memories of laughing at the world and ourselves while flipping through Mad Magazine. We missed those days and remembered that we all make music. So we took that afternoon to make a song about it.”

Last week, the band launched a groundbreaking, limited pre-save campaign, which rewarded fans who pre-saved “What, Me Worry?” with 1 $PTM of PTM Coin, the band's community-built social token (a type of cryptocurrency). In partnership with Rally, the band first launched PTM Coin last summer –providing fans with access to a number of exclusive perks and experiences, as well as potential shared value created by the PTM economy. Alongside the debut of the coin, the band penned an op-ed for Rolling Stone detailing the motivations behind developing their own unique cryptocurrency.

Today’s new single arrives as the Alaska-born, Portland-based rockers prepare for their upcoming 34-date North American tour alongside alt-J, set to kickoff Feb 25 with support from Sir Chloe and Cherry Glazerr (routing below). The tour includes a stop at LA’s Crypto.com Arena on March 27,as well as a show at New York’s legendary Madison Square Garden on April 11.

The band is celebrating the upcoming run with the launch of their PTM’s NIGHT OUT initiative – supporting disabled fans requiring ADA access. In select markets, pairs of winning ticket holders will be treated as VIP guests of the band – provided with transportation to and from the show and concierge escorts throughout the venue, as well as gifted merchandise and a special meet-and-greet. Fans can enter to win here.

“I toured the country on two legs for 10 years of my life without ever giving a single thought to accessibility. I played basements and balconies, pavilions, and grandstands. I dragged amplifiers up and down stairs and took access for granted. Then, at 25,I fell down a hole and became a complete t4 paraplegic in an instant.

Since that moment, many things in my life have changed, but touring has remained a constant in my life. As a wheelchair user, and a believer that music is the great equalizer inhumanity, I have come to understand that many of the venues that I play are not accessible or welcoming to people across the disability spectrum.

In many situations, I have found that sourcing accessible tickets to events is prohibitively difficult, and even then, merely the tip of the iceberg of considerations that must be made. Transportation to and from the venue, access to water and concessions, access to restrooms, obstructions to lines-of-sight from audience to stage –these are just a few of the logistics that many people in the disability community juggle each time they plan on seeing their favorite artists.

Wouldn’t it be nice if somebody was out there making sure that all these factors were considered? Wouldn’t it be great just to relax and enjoy the show?”