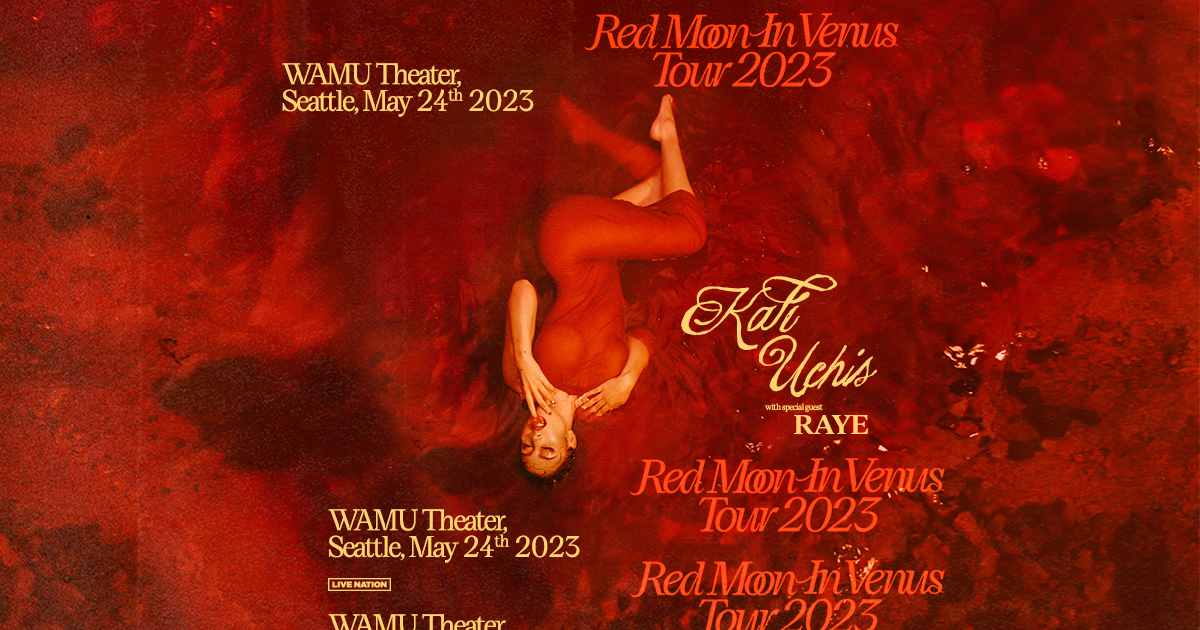 “Love is the message,” Uchis explains about the new album. “Red Moon In Venus is a timeless, burning expression of desire, heartbreak, faith, and honesty, reflecting the divine femininity of the moon and Venus. The moon and Venus work together to make key aspects of love and domestic life work well. This body of work represents all levels of love—releasing people with love, drawing love into your life and self-love. It’s believed by many astrologers that the blood moon can send your emotions into a spin, and that’s what I felt represented this body of work best.”

Simultaneously, Uchis confirms she will embark on a headline North American tour this spring produced by Live Nation, with stops at New York’s Radio City Music Hall, Chicago’s Aragon Ballroom, Washington D.C.’s Anthem and more—see full routing below. General on-sale begins Thursday, January 26 at 10am local time at kaliuchis.com. Uchis is among the top-billed performers at this year’s Coachella, Lollapalooza in Chile, Argentina and Brazil and Estéreo Picnic in Colombia.

Uchis went into the recording process intending to create an album that felt timeless, one that can be enjoyed any time and any place and will remain meaningful throughout the years to her and her fans. Red Moon In Venus floats between soul, R&B, pop, música urbana and more experimental textures. The result is an album that, as Uchis has come to perfect throughout her catalog, transcends genre or classification, a pure reflection of her soul.

Raised between Virginia and Colombia, Kali Uchis rose to prominence with Por Vida in 2015, following it up with her 2018 debut album, Isolation, which received widespread critical acclaim and was featured on Best Of lists in Rolling Stone, Pitchfork, NPR, Vulture and many more. Uchis has collaborated and shared stages with SZA, Gorillaz, Jorja Smith, Diplo, Major Lazer, Snoop Dogg, Kaytranada, Leon Bridges and more and has toured the world over, with much-lauded sets headlining Tropicalia, Coachella, Governors Ball, Bonnaroo, Austin City Limits, Lollapalooza and many others.

More information on the Seattle show.

Tickets go on sale Thursday, January 26 at 10am.